Is Bitcoin a Right-Wing Movement? 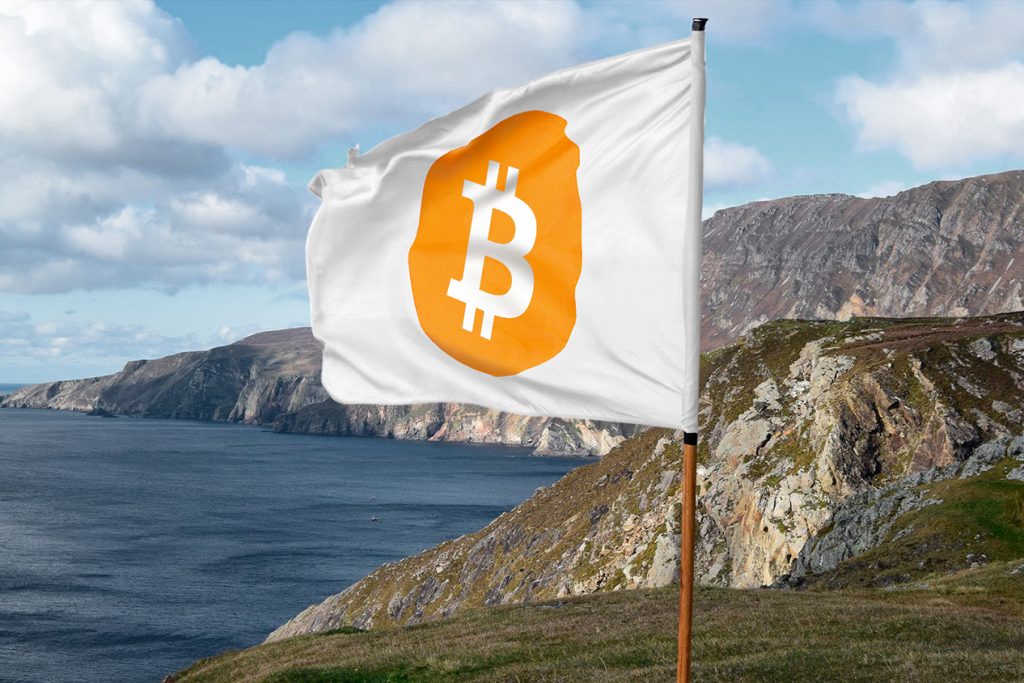 The discussion of whether Bitcoin is right-wing or left-wing has been circulating on social media for quite some time. And it’s unsurprisingly controversial. Some Bitcoiners are instantly rejecting the question because it seems absurd to them. Isn’t Bitcoin simply a technology that treats everyone the same? Doesn’t Bitcoin just work? But that’s not the whole story. For one thing, Bitcoin has evolved and doesn’t come from a cultural vacuum; it’s rooted somewhere. It’s no secret that it has Cypherpunk roots. And while known for its diverse cast of characters, the movement can be categorized as political, in a way. For another, Bitcoin is trying to achieve certain goals, such as decentralization, secure digital private ownership, and more. And thus Bitcoin again appeals to a certain clientele, which can also be considered in more or less political terms. Have you noticed the above-average use of terms like „more or less“? That’s what the political spectrum is all about. But please continue.

Whether the right/left question is relevant to Bitcoin or Bitcoiners is certainly evident when we look at a few hot topics of our time. Whether it is compulsory vaccinations or masks, television fees, taxes or interventions in the market economy, Bitcoiners or those who are positively inclined towards it seem to have overlaps all over the place. So, are we coming any closer to the question? Is Bitcoin a radical right-wing technology or a revolutionary left-wing plan to overthrow existing systems?

Welcome to the Political Spectrum

But before we try to answer the question, we need to clarify a few things. Because the right-left spectrum is super complex and has been changing over time. A wide variety of topics, positions and ideologies are lumped together. Within it you find clusters such as social justice, hierarchies, forms of government, economics, and much more. Although most people have clear ideas or stereotypes of the political spectrum, it is more complicated than it seems. Someone who was left-wing 20 years ago might call himself right-wing today.

But first, let’s look at the terminology: Why do we talk about right and left? The roots can be found in the French Revolution. There, those loyal to the church and the state sat to the right of the king. The revolutionary forces sat to the left. This was the official seating arrangement in Parliament in 1814.

From this original attitude, however, one can derive fundamental poles that have survived to the present day – for example, the way one is attuned to tradition and existing conditions. It is a strong cultural axis. Think about it – are you loyal to the existing system or do you favor an entirely new system?Thus, one can say that a politically right-wing person is on the side of tradition and wants to preserve conditions, while a politically left-wing person is more progressive and wants to change things – the left, as we know, is the revolution.

Tradition and change are also reflected in general social attitudes. Thus, openness to unusual or new concepts of life tends to be leftist in theory. The conservative attitude and intolerance rather right. In typical ingenuity, Bitcoiner Gigi, for example, builds cultural openness into his tweet and destroys everyone’s fantasy to make any left/right statements easy. In a discussion about Bitcoin he stresses that he wants homosexual married couples to defend their ASIC-heated marihuana farms with 3D-printed guns.

Bitcoin as a technology may be neutral, but it is also clear that the system was deliberately designed to be open and no one can be discriminated or censored. There is no central authority that can intervene and the social change that comes with it is radical as can be. It also fits that the vision behind it, whether viewed from its Cypherpunk roots or from the current Bitcoin scene, is towards a new social order. Bitcoin has a vision of the future. Even if everyone can shape it themselves, it is clear that we are heading towards a different future with its help.

There is another dimension to the cultural axis. Historically, the issue of class distinction slid to the center of the political spectrum in the U.S. in the 1920s. Thus, Scottish sociologist Robert M, MacIver writes:

In fact, Bitcoin is of course progressive on this issue, because it is not about preserving existing structures, about the interests of a particular class, but about equality of opportunity, and indirectly thereby about natural redistribution. Bitcoin is per se a classless system – “no admins, just users”. However, Bitcoin is not clearly positioned on the left either, since the left classically seeks redistribution through political measures. So what is Bitcoin?

This point merges seamlessly into the economic dimension. For while the left seeks precisely that redistribution, the right believes in the efficacy of the free market, that is, in the “invisible hand” (Adam Smith) that regulates everything. And as soon as it comes to economic issues, Bitcoin is classically positioned on the right, because the free market regulates in the Bitcoin system – which already starts with mining and of course also includes the completely unrestricted and uncensorable transactions. Bitcoin is clearly positioned on the right economically and in the rarest of cases supporters with left-wing positions express themselves on these issues.

The free market of the economic axis in turn merges seamlessly into the political-organizational view, where the main issue is whether the strong state (left) enforces the vision of the “just“ society with a lot of authority or the weak state (right) tends to hold back and defend private property and individual freedoms. Left also stands for high taxes – right stands for low taxes. Combinations of different orientations do exist, however. Thus, the combination of rather weak or passive state with a focus on individual freedom and free market (the USA, at least in the sense of the Founding Fathers) can be found as well as the authoritarian state with free market (Singapore).

For Bitcoin in particular, the former combination is most apt, which is of course obvious. A decentralized financial system goes hand in hand with individual freedoms, less regulation and lack of state intervention. Many Bitcoiners therefore question high taxes or government interference in terms of individual freedoms but also in economic terms.

Libertarianism, especially in its right-wing orientation, as a combination of free market on the one hand and maximum focus on individual freedom on the other, comes closest. It is interesting to note that the term emerged in the first place as a result of a shift in the political spectrum, namely, when a distinction from classical liberalism became necessary. In 1955, for example, the writer Dean Russell wrote that the liberal attitude no longer stood for freedom, and thus a new word became necessary:

The term was popularized in the 1950s, especially in the United States. Libertarians referred mainly to the works of John Locke or Adam Smith, but also to the Austrian School and within it authors such as Hayek or Mises. Well-known American representatives of libertarianism were, for example, Robert Nozick or Murray Rothbard. Many Bitcoiners’ obsession with the Austrian School doesn’t seem to be entirely unpolitical.

Libertarianism, to make the story even more complex, once again divides itself into a right and left camp. While left libertarianism still sympathizes with an interventionist state, the right insists on capitalism and free market forces. Anarcho-capitalists focus on eliminating the state, while Minarchists want a night-watchman state that focuses on guaranteeing “natural rights” such as private property.

So is Bitcoin a right-wing movement, then?

It’s obvious and good that Bitcoin is certainly not easy to categorize and therefore does not fall into any political camp. However, libertarianism – and within that, most likely the right-wing version – seems close to the positions of many Bitcoiners and the underlying philosophy. Bitcoin is certainly a friend of the free market (right-wing) and individual freedoms and private property (right-wing). But the overall cultural spirit seems ultra-progressive and left-wing. Therefore, because they believe in the silent digital revolution, many Bitcoiners feel connected to leftist values. The bottom line is perhaps that Bitcoin is neither left nor right – but certainly not completely free of political positions, albeit indirectly.

What does that all mean? Correct, nothing. It has no consequence whatsoever and you can continue to go on with your lives and use Bitcoin as if nothing has happened.